Bismillahir Rahmanir Rahim, The Prime Minister of Bangladesh composition, paragraph & essay can be written for all class exams. As you can write in class 6, 7, 8, 9 with competitive exams such as SSC, HSC can also write it. Note that the composition is a total of 500 words, which can be broken down into 200, 250, 300, 350 words as needed.

If I Were The Prime Minister of Bangladesh

First of all, I would try to detect the things things create barriers in the way of development. Will take steps to fight against these barriers on the priority basis. Some of the major problems for Bangladesh are: weak leadership. political instability, corruption population explosion, industrial backwardness, illiteracy etc, I will take all necessary steps against all such problems.

If I were the Prime Minister my first priority would be to resolve all kinds of political conflicts. Appoint the leaders as my ministers who are honest and qualified in all respects. They would be the most efficient figures in their respective ministries. In fact, my first duty would be to bring a change in the political culture of our country.

Know that population explosion is the number one problem in our country and our existence will be at stake unless we e tough measures to control population growth. One of the top priorities of my government would be to control population would change people’s attitude towards having more children. The slogan of my government would be that a nation’s inters is more important than that of an individual.

Take all possible steps to root out corruption from my government. That no political government can do much in uprooting corruption because government itself plunges into corruption. I would keep my men free from corruption and take tough measures against those who are involved in corruption. I would strictly follow the principle of ‘reward for the good and punishment for the bad’. Restoration of law and order must be my topmost priority.

My another priority would be to create job opportunities and reduce the existing level of poverty. I know that poverty would automatically be alleviated if we can ensure a stable corruption-free government. Side by side with agricultural development, I would focus my attention in industrialization. Would encourage more foreign investment in the country. As education is the backbone of a nation I would ensure education for all. I would ensure education for the illiterate adult population as well as for the underprivileged children through mass education program-mes.

After assuming the office of the Prime Minister of Bangladesh, I would rise above party affiliation and become the Prime Minister of the people of Bangladesh in true sense of the term. I would adopt pragmatic policies for solving the problems of population, poverty, unemployment, illiteracy, health, communication, etc to raise the standard of living of the people. I would try my best for fulfilling my dream of a prosperous Bangladesh.

Included in the syllabus: National Curriculum and Textbook Board (NCTB) 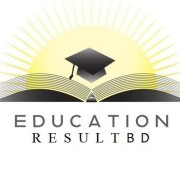